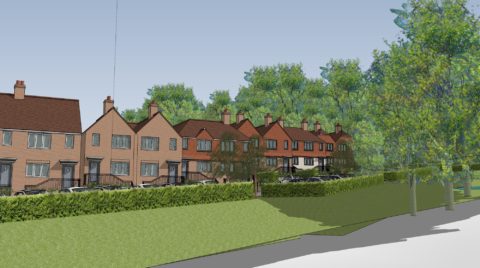 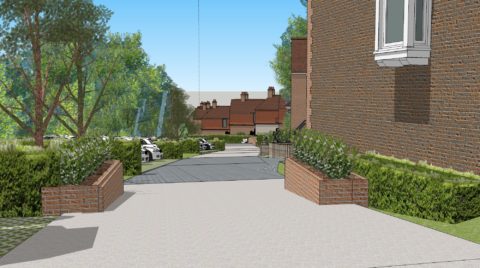 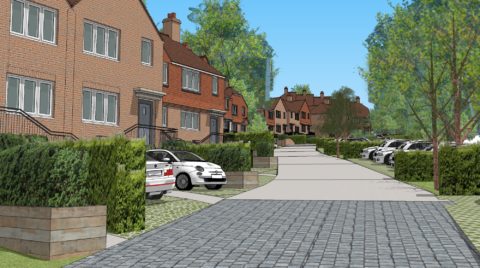 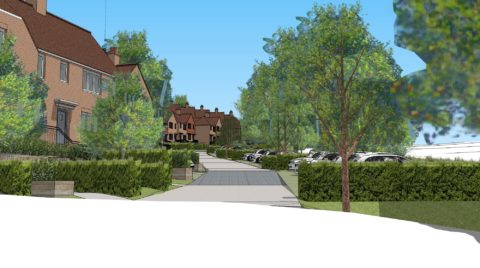 Get your tickets for Burwash Panto now! 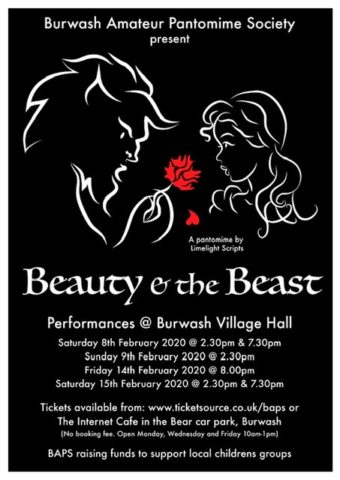 Tickets for Burwash Panto’s production of Beauty and the Beast are on sale now. You can book your seats for this wonderful family show online at www.ticketsource.co.uk/baps or head to the Box Office at The Internet Cafe in The Bear Car, Burwash. The Internet Cafe is open every Monday, Wednesday and Friday between 10 am and 1 pm.

There are shows on February 8, 9, 14 and 15. The matinee on Sunday, February 9 is an opportunity for younger members of the audience to dress up as their favourite character.

Burwash Panto has been staging annual shows for 30 years to support children’s groups and organisations across our amazing three-village community.

Do you have an idea for a local environmental project?

Sussex Lund grants of up to £10,000 are available for small, practical projects that improve the landscape of the High Weald Area of Outstanding Natural Beauty (AONB).

The High Weald team is looking for project ideas from community groups, schools, town & parish councils and non-profit organisations that aim to:

Match funding is not always necessary and anyone can submit a project, including private landowners and businesses. This year, national charity Plantlife is working with the programme, offering free advice and support for wildflower meadow projects.

The grants scheme was created by High Weald residents Lisbet Rausing and Peter Baldwin, and is administered by the High Weald AONB Partnership with Lund Trust.

If you have a project idea, contact the High Weald AONB team for advice on:
01424 723011 or email sussexlund@highweald.org.More information at: www.highweald.org/sussexlund

Closing date for 2020 grant applications is 2 March – get in touch before Christmas to book a free site visit from one of our Land Management Advisers early next year.

The E-Bulletin will officially launch on the 9th December but you can sign up now!

Burwash Parish Council is excited to announce the launch of the Burwash E-Bulletin. Following the success the Etchingham E-Bulletin has had we have decided it would be a great idea to launch the same concept across our three villages. The E-Bulletin will be emailed every few days or when there are items of interest to share which will include: news, events, items for sale or to give away, local services and anything else that could be of interest to our residents. Etchingham have even had success at finding lost sheep through theirs so who knows what you might find in your inbox! We hope this will be a valuable addition to village life and will complement the existing Burwash Community Action Group facebook page.

Halina Keep has kindly volunteered to be the E-Bulletin editor. We will be launching our first edition on the 9th December. 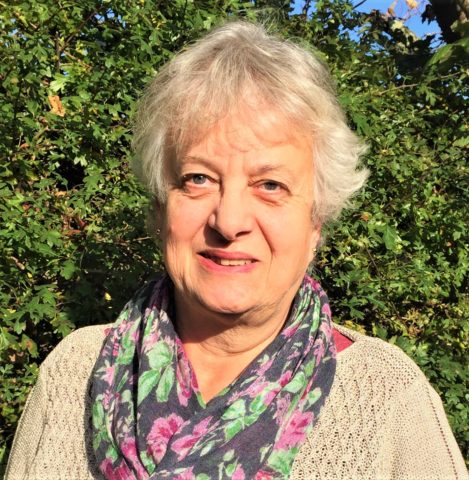 You can sign up already by clicking here. You will be asked to fill in your name and email address which is all securely managed through Mailchimp.

Once signed up you will start to receive an email every few days, or when there are items of interest to share with the community.

If you have something you would like included in the E-Bulletin then we’d love to hear from you. Please send the text and any images or files to Halina at burwashebulletin@gmail.com.

The redevelopment of Rectory Court in Burwash is getting close to completion. Optivo Housing Association has reported that the four shared equity homes for sale on the High Street have been handed over by the builder and are now being marketed. One home has already been reserved.

The flats for affordable rent being built to the rear of the site are scheduled to be complete by January 23. Progress has been delayed by the poor weather.

To apply for one of the tenancies, would-be residents will first need to register with Rother District Council. 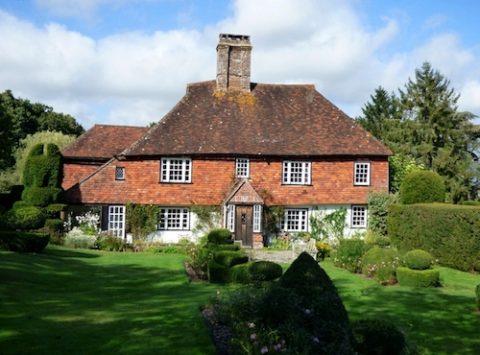 The new Burwash 2020 calendar is now available, packed with stunning images of  iconic homes and aspects in our beautiful parish.

All profits from sales will go to the Burwash Village Hall Windows Appeal. The A4 version costs £7 and a “skinny” narrow edition costs £5.

You can buy them from Burwash Village Stores, The Flower House, Chaplin’s hairdressers, Jarvis the butchers and the Rose and Crown pub. 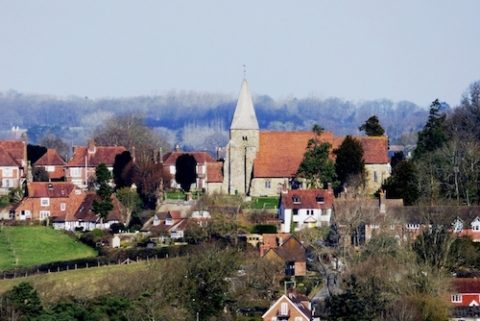 All the photographs in the calendar were taken by local resident Thilo Kork, who has also produced a series of postcards of the parish which have been sold in aid of the windows appeal. 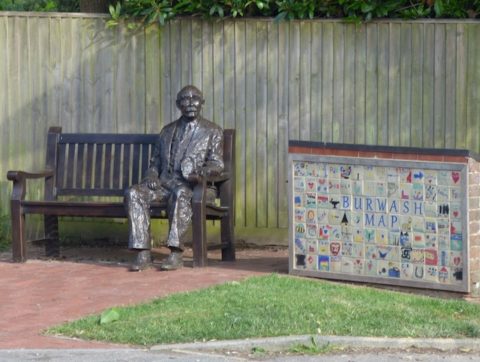 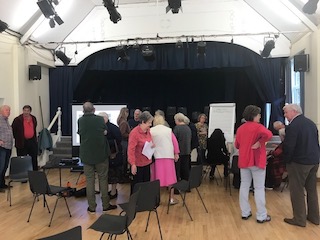 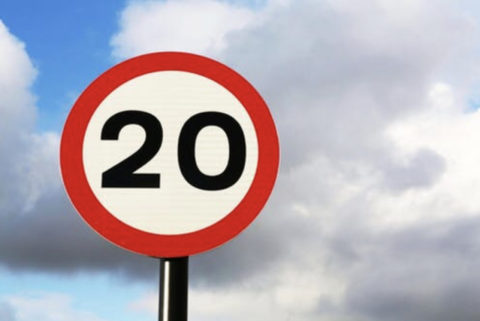 Overnight resurfacing has started on the A265 in Burwash Common

Overnight work on resurfacing the A265 in Burwash Common is under way and is expected to be complete by Sunday October 13.

The road will be closed to through traffic from 100 metres west of Swing Gate Hill to 150 metres east of Willingford Lane between 8 pm & 6 am. 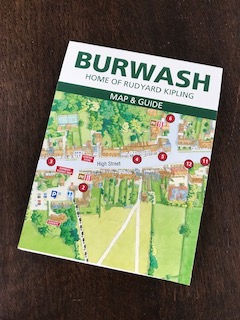 A handy paper pocket-size version of the new Burwash Tourist Map will be available from the end of September at local outlets, priced £1. The maps have been produced as part of the Parish Council’s drive to encourage more of the many visitors to Bateman’s to also explore our beautiful village. It is hoped that the additional footfall will help sustain our local businesses.
The full-size map has been installed in the bus shelter in Burwash High Street and outside Bateman’s. 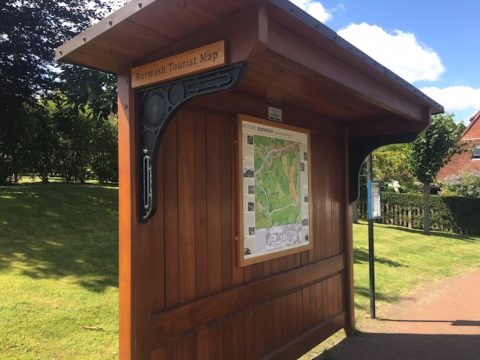 The maps feature details of the most historic and iconic buildings in the High Street and are part of a jointly-funded project between the Parish Council and the National Trust, which also provided the brown tourist signage on the A265.
Special thanks go to Altered Images for preparing the maps, Steve Payne for his work on the installation and Burwash artist Graham Sendall for allowing use of his artwork of most of the sites featured on the map.

Burwash Parish Council is working with the community to improve our neighbourhood and is looking for an administrator to work 15 hours a week to help keep it running smoothly.

We need a good organiser and communicator with computer and budgeting skills – someone who is used to prioritising workloads, problem solving and using their own initiative. The role is based at Burwash Parish Office.