Police warn of risk to Kipling statue in Burwash 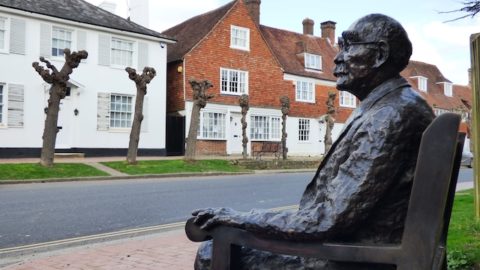 Burwash’s local Police Community Support Officer Julie Pearce-Martin has warned that a suspicious male has been seen shaking the Rudyard Kipling statue in Burwash High Street, possibly to see if it could be moved or stolen.

This incident took place around 5 pm on Sunday, July 21. The man was confronted by a local resident and had a foreign accent. He was seen leaving in a white van, which Officer Pearce-Martin said had already come to the attention of police.

She is urging local people to be extra vigilant since the police have had lots of problems with white vans.

The Kipling statue was unveiled on Burwash High Street in February this year to much fanfare – and an item on BBC News Southeast. Find out more in this story.

There are no comments yet.